Why creating a new forest and protect the old one

Climate change is to a large extent caused by the accumulation of greenhouse gases such as CO2 in the atmosphere, leading to the exacerbation of environmental, social and economic problems throughout the world. As early as 2015, the concentration of carbon dioxide in the atmosphere exceeded the psychological threshold of 400 ppm (parts per million). More worrying is the rate of increase of CO2 in the atmosphere, from 1-2 ppm in the 20th century to 4-5 ppm in the first two decades of the 21st (Fig. 1). 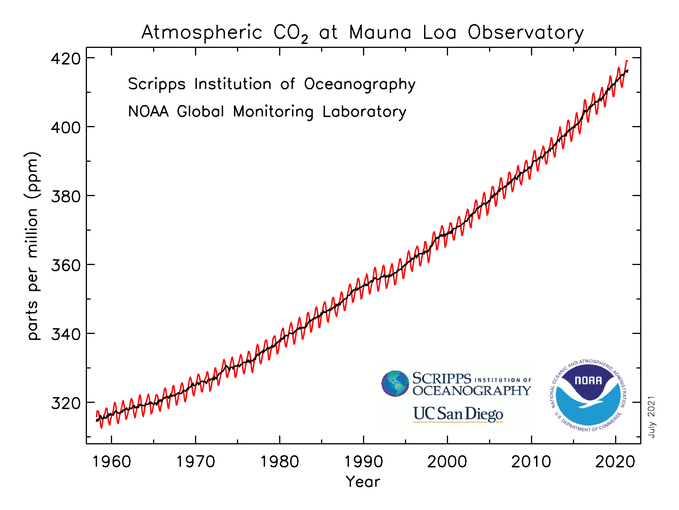 In historical terms the situation can be described as follows: about 530 million years ago, the levels of this gas in the atmosphere reached over 7500 ppm, or almost 20 times the present level. However, about 350 million years ago with the transition of plants to terrestrial life, and especially the appearance of perennial tree plants, CO2 levels fell dramatically approximately to present-day values (Fig. 2), something which we should be grateful to our forests. 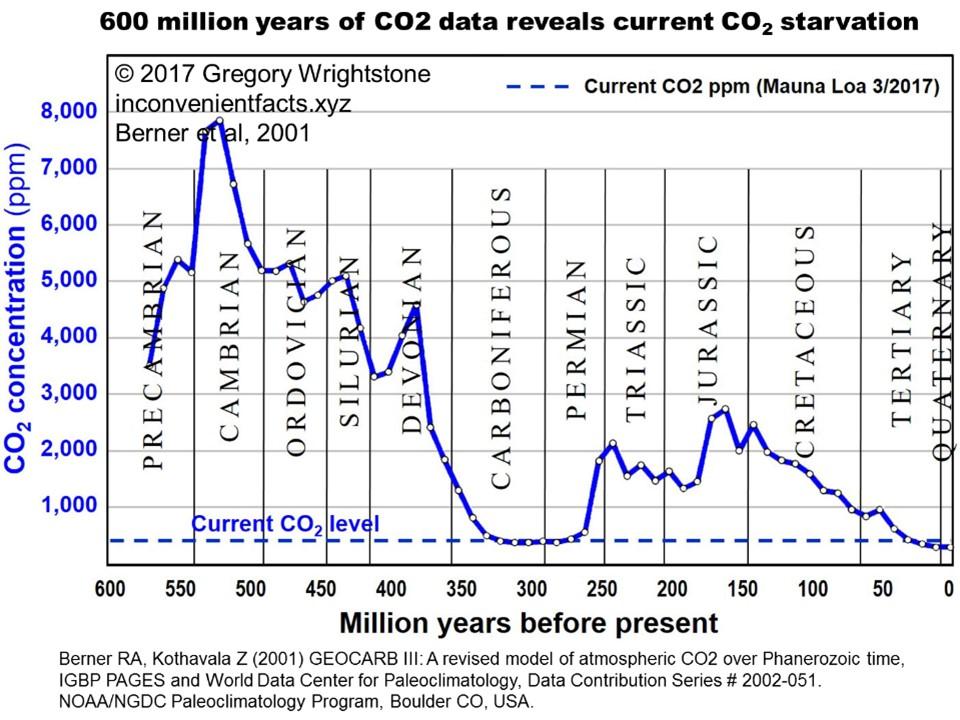 Carbon accumulation in carbon banks and the role of new forests

One of the most successful mechanisms for combating global warming is the elimination of CO2 through absorption and accumulation in carbon banks. One of the leading methods for creating such carbon depots for the permanent elimination of CO2 is the creation of new forests. This is a natural process and with a minimum initial investment can ensure a long-term working carbon bank.

People today are becoming increasingly aware that forests are not just a collection of trees. There is increasing evidence of the role of forests in mitigating climate change. Their significance varies from protecting virgin forests and those in the process of aging, through to the application of modern management methods, by imitating the natural processes in forest ecosystems, as well as the creation of new forests. Their role in purging CO2 from the air and their importance as a carbon bank have been proven to be the most sustainable mechanism for slowing down the rate at which greenhouse gas accumulates in the atmosphere. 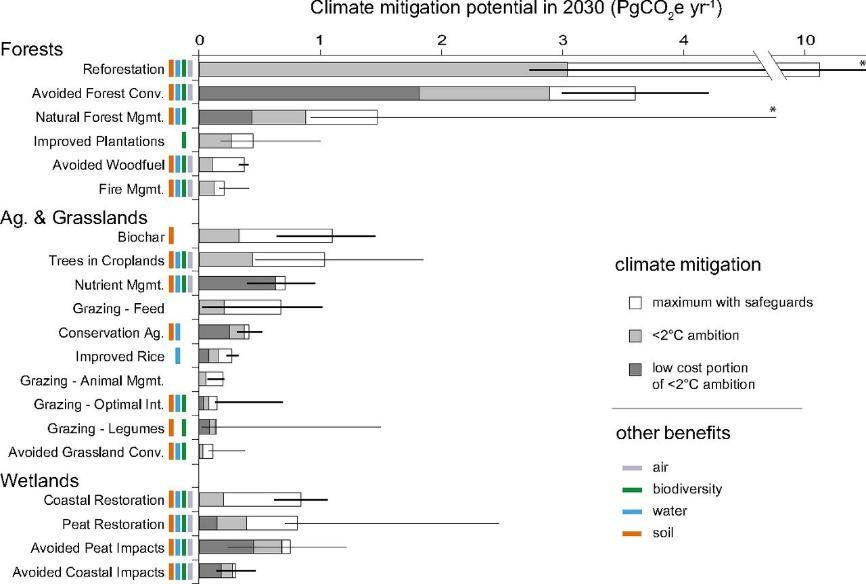 How do forests absorb CO2?

As photosynthesizing organisms, trees break down CO2 and use carbon to form biomass, i.e. they grow. The same process is carried out by other plants as well. Indeed, some of these plants such as wheat, corn, rapeseed, lavender, and others are interesting from a commercial point of view. Unlike forest tree species, the carbon accumulated as biomass in these plants returns to the cycle after only one year, but in forests species carbon storage is long-term. If old and intact forests are a carbon storage depot, then in young plantations, including artificially created ones, the level of carbon dioxide absorption is much greater than emission levels. This is due to the more favourable ratio of the photosynthesizing components as part of the total biomass of the trees (Fig. 4). 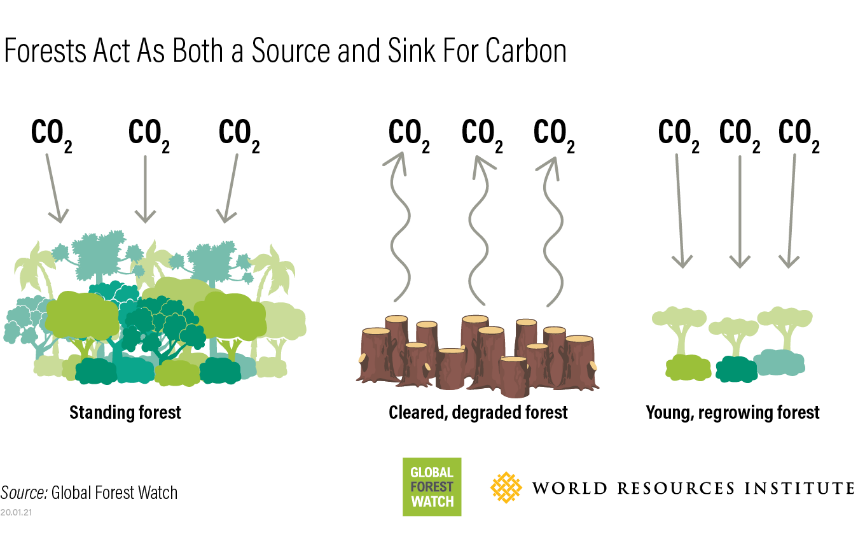 Figure 4. Forests are both a CO2 source and sink. Old forests play the role of a carbon bank, while in the case of young forests the net balance of CO2 is most favourable.
Source: Quantifying Carbon Fluxes in the World’s Forests | World Resources Institute (wri.org)

Critics of the strategy to tackle climate change by creating new forests stress the risk of including agricultural or urbanised areas in afforestation zones. They consider that it can cause societal harm. A recent study shows that there are still almost one billion hectares of land on the planet where there are conditions for the creation of new forests without affecting agricultural or urbanised areas. While they mature, these new forests could accumulate and store up 200 billion tons of carbon, thus reducing the amount accumulated in the atmosphere by 25%. These are levels which have not existed in more than a century. Unfortunately, as temperatures increase globally, zones suitable for afforestation are becoming more restricted to the moderate latitudes.

In addition to CO2 depots, forests provide other indispensable functions such as water conservation by regulating of surface run-off and mitigating erosion, and their direct role in the natural water cycle as a water storage buffer. They will prove increasingly valuable in the context of worsening climate change associated with uneven rainfall distribution, and the appearance of drought periods alternating with periods of torrential rains and flooding.

The management of new forests, not as a source of wood, but as a home to provide food and security for many plant and animal species, makes them an island of biodiversity. Maintaining biodiversity is a form of environmental insurance that forests will remain adaptable, and will continue to provide resistance to unforeseen future climate change.

Give trees as a gift

Buy a greeting card for someone important to you, send it by email and we will plant trees according to its price.

Calculate your carbon footprint and the number of trees we can plant to offset it.

See our most significant donors. 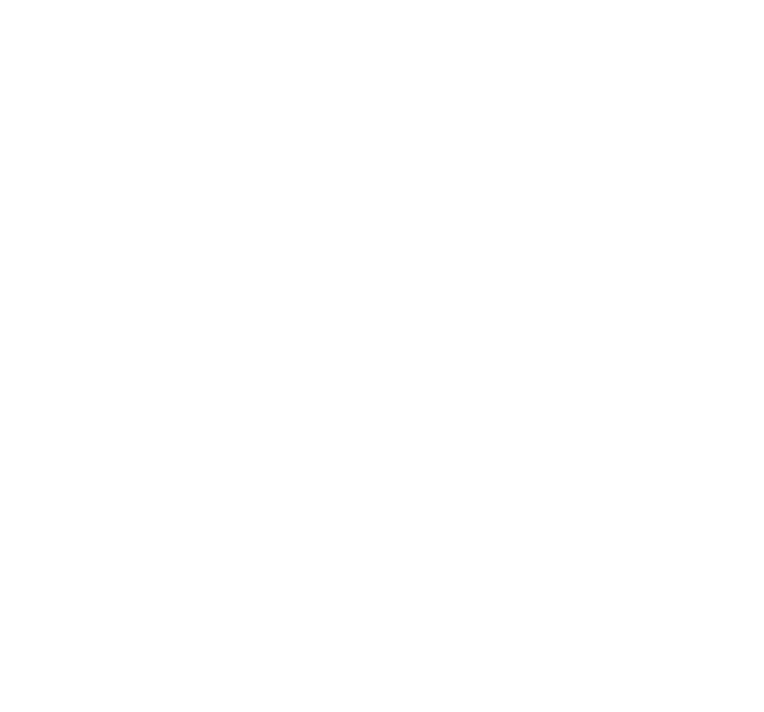